Back to Living With Dementia

Dementia is a word used to describe a wide range of symptoms associated with the deterioration of the brain.

Want to learn more about dementia?

Members of Dementia NI and researchers from Queen’s University Belfast have worked together to develop a new digital dementia awareness game. The game aims to promote awareness about dementia and challenge the myths associated with the condition.

The game is freely accessible via computer, tablet or smartphone and only takes a few minutes to play.

To play the game visit: www.dementiagame.com. 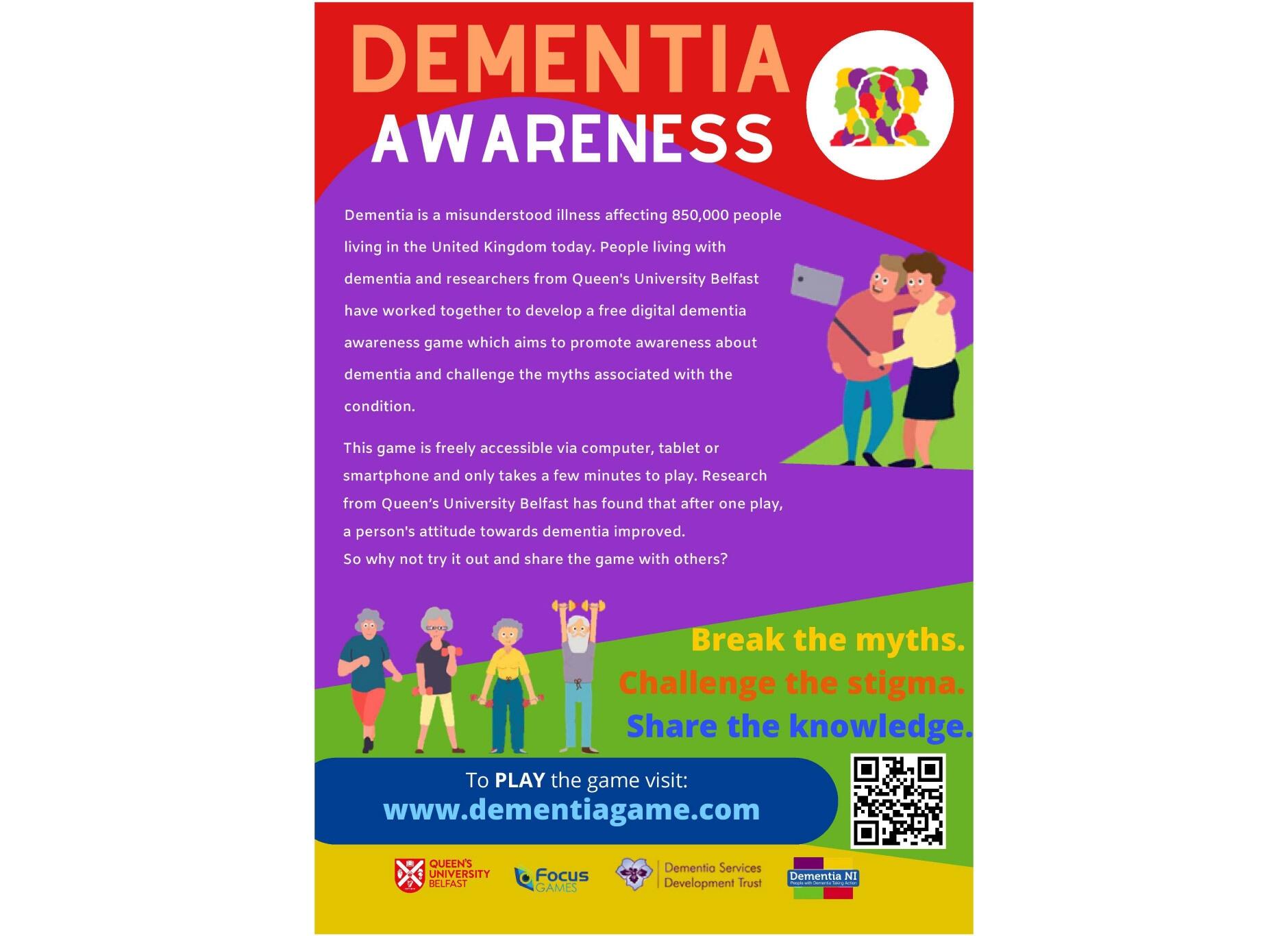 Dementia is a word used to describe a wide range of symptoms associated with the deterioration of the brain which can affect memory, thinking, behaviour and the ability to perform everyday tasks.

Dementia is caused by a number of diseases and injuries which destroy nerve cells and increasingly damage the brain over time. Dementia can and does affect people of any age but is more common in people after the age of 65 years. Although it is more common among older people, dementia is not a part of the normal ageing process as younger people can also be affected.

Here is a list of some of the more common diseases that cause symptoms of dementia:

Symptoms differ from person to person but can affect orientation, perception, understanding, memory, decision making, ability to learn, communication and judgement. The exact symptoms that a person with dementia will experience very much depends on the areas of the brain that are damaged and the specific disease that is causing the dementia.

Dementia interferes with our ability to do things that we used to be able to manage. It is a progressive illness, but changes take place at different stages depending on the type of dementia and the individual. These changes may be discreet to begin with but as time goes by it will affect more areas of our life and our abilities as we live with dementia.

Life does not end with a diagnosis of dementia – you can still live life well with understanding and the right support.

What to do if you are worried someone has dementia

Check out our useful resources section for information on Dementia.

What to do if you are worried someone has dementia

Supporting someone with Dementia